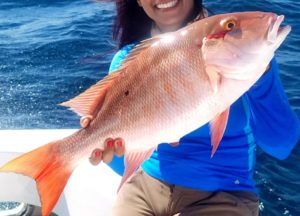 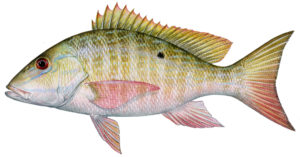 Although mutton snapper can be found as far north as Massachusetts and as far south as Brazil, it is rare north of North Carolina.  It is most often found in tropical waters such as the Caribbean Sea and the Bahamas.  Eggs and larvae are pelagic, floating in the water column until they settle in shallow inshore waters.  As juveniles, mutton snapper shelters in seagrass and mangrove habitats.  Mutton snapper is a solitary fish that likes structure, and tends to move offshore into deeper water as it ages.5 It spawns in aggregations from February to August depending on location and water temperature.