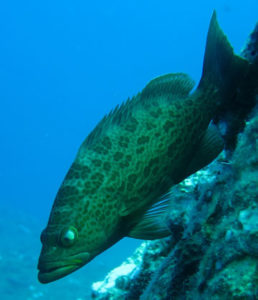 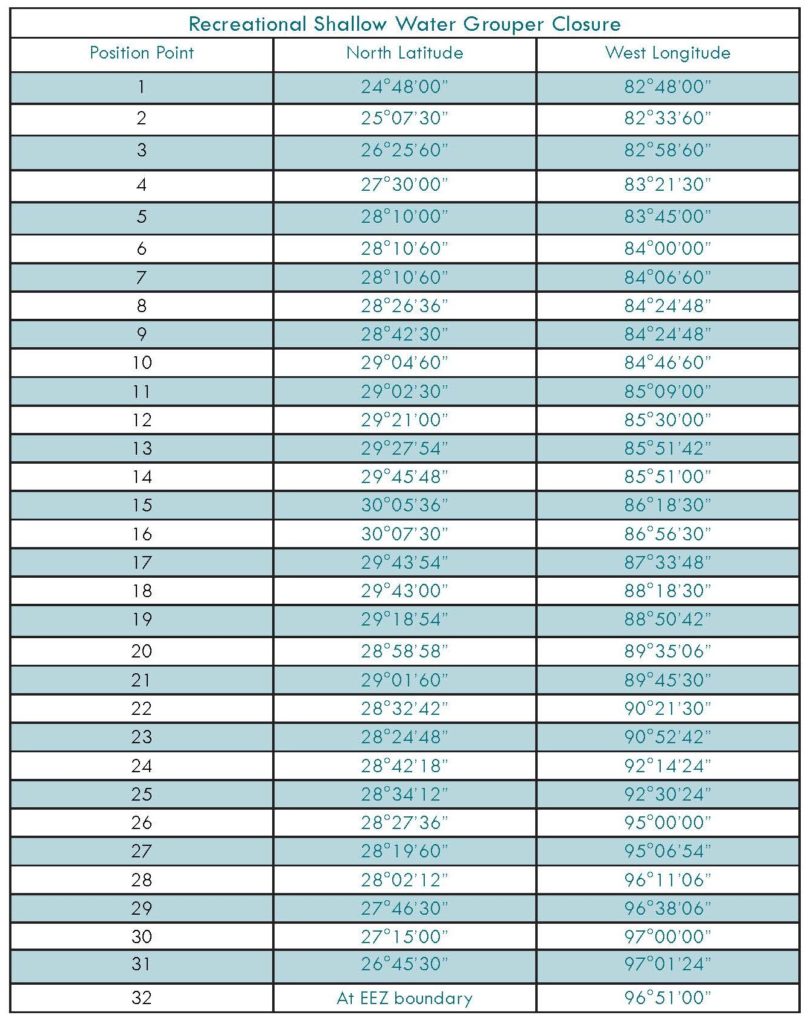 Scamp is a grouper that ranges from North Carolina south to northern South America, including the Gulf of Mexico and Caribbean.  Juvenile scamp has been reported, but are rare, as far north as Massachusetts.  Scamp is a grayish brown color with clustered darker spots.  The corners of the mouth may appear yellow.  The pectoral fins have a dark inner margin. The tail fin is concave with the upper and lower fin rays elongated in adult fish, and appears more raggedy when compared to other grouper tails.  Scamp is very similar in shape and color to yellowmouth grouper.1

Scamp prefers rocky bottoms and ledges.  Juveniles are found around jetties and mangroves.  Spawning season occurs from January to June with peaks in March and April; however, the spawning patterns of scamp, much like other species of grouper, is complex.3 Scamp does transition from female to male.  During spawning, males may defend spawning sites.  There appears to be a special hierarchy during spawning times, and fish will exhibit several color phases during this time.2