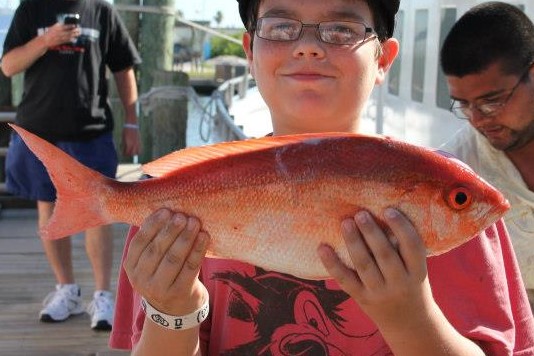 This snapper is abundant over rocky reefs, gravel and sand bottoms off the edges of continental shelves at deeper depths.  Adults form large schools.  Although the spawning behavior of vermilion snapper is poorly studied, adults spawn within large schools near structure throughout the year.  It is described as a resident aggregation spawner because it spawns in the same area it often frequents.  In the Gulf of Mexico, vermilion spawn from April to September; peak spawning occurs June to August.3