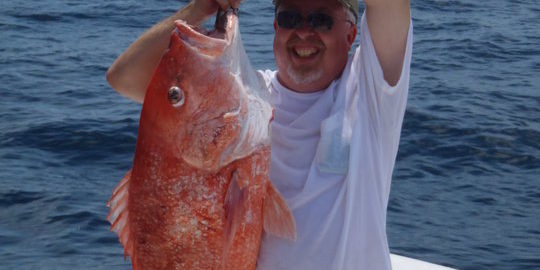 In January of 2012 the Council voted to increase the Red Snapper Annual Catch Limit from 7,185,000 pounds to 8,080,000 pounds for the 2012 fishing year. Additionally, if the 2012 Annual Catch Limit is not exceeded it will increase again to 8,690,000 pounds in 2013. The Council also voted to extend the  current September 30th recreational red snapper season closure, which will make it easier for the Council to open a supplemental fall season if quota remains after the regular season. *These most recent Council recommendations are still waiting final approval and implementation from NOAA Fisheries Service.
Go to Top