Grouper
If you fish for grouper recreationally or commercially, you
might want to pay attention to a couple of things the Gulf of Mexico Fishery
Management Council is considering.
The Gulf Council is
gearing up to discuss the 2013 recreational gag fishing season.
This year, the federal gag season is open from July 1 –
October 31. The Gulf coast of Florida is open at the same time as the federal
season, with the exception of Taylor, Jefferson, Wakulla, and Franklin counties,
which are open from April 1 – June 30.
Inconsistent regulations between state and federal waters
are difficult for a few reasons: enforcement becomes complicated; federally
permitted for-hire boats are excluded from state seasons; and the fish caught
during non-federal seasons are still counted as part of the Gulf-wide Annual
Catch Limit and can result in a shortened federal season.
Recently, the Florida Fish and Wildlife Commission (FWC)
requested that the Gulf Council consider gag season options that would allow
for fishing in both the spring and fall.
The current season was set to allow for the most fishing
days possible (123 days). Rates of catch are typically lower in the later
summer months, so the season can be open longer before the Annual Catch Target
is met. The Council will reexamine the desire for a split open season, which may
reduce the number of fishing days, but allow for gag fishing at a more
desirable time of year.
The 2013 recreational gag season is scheduled for discussion
during the June Gulf Council meeting in Tampa, Florida. The Council will be
asking for your thoughts on the 2013 gag season soon.
The Gulf Council is
planning to discuss the possibility of changing the current February – March
recreational shallow-water grouper closure.
During the April Council meeting, fishermen asked the
Council to analyze the possibility of changing the annual shallow-water grouper
closure since the circumstances that initially prompted the closure have
changed.
In 2006, red grouper was considered overfished and
experiencing overfishing. To reduce the number of red grouper being caught the
Council closed gag, red grouper, and black grouper fishing from February 15 –
March 15. The Council closed the three species together to prevent effort from
shifting to the other species and to reduce bycatch of red groupers. The chosen
closure also reduced fishing pressure on all three species during their
spawning seasons.
In 2008, gag was determined to be overfished and
experiencing overfishing. The Council extended the season closure from February
1- March 31 and limited all shallow water grouper fishing (gag, black grouper,
red grouper, yellowfin, scamp, and yellowmouth.)
Red grouper is no longer overfished or experiencing
overfishing, and the gag season has changed so that is no longer aligned with
other shallow water groupers. At its June meeting the Council will analyze the
possibility of removing or modifying the current shallow water grouper closed
season.
The Council is
working to set permanent allocations for gag, red grouper, and black grouper.
Allocation is the division of an Annual Catch Limit between
commercial and recreational fishing sectors. In 2006, the Council set temporary
allocations for gag and red grouper; and the black grouper allocation was set
for the first time last year.
Current allocations are:
The Gulf Council has reviewed the historical landings of
each grouper species, and NOAA scientists have concluded that the current
allocations of gag and red grouper are not economically efficient.
The Council has suggested that more information about
commercial Individual Fishing Quota share price, for-hire fees, charter client
information, captain and crew information, and seafood dealer information be
analyzed while the Council develops an options paper. The options paper containing
a range of possible allocations for each species will be presented during the
June Council meeting.
The Gulf Council may
ease recreational shallow water grouper accountability measures.
Accountability Measures are actions that prevent Annual
Catch Limits from being exceeded and correct overages if they are.  The Accountability Measures for gag and
red grouper are:
·
The season can be closed early if the Annual
Catch Limit is expected to be met during the fishing season.
·
If the Annual Catch Limit is exceeded:
o   Scheduled
increases to the following years Annual Catch Limit will not occur.
o   The
entire Shallow Water Grouper season will be shortened to ensure the Annual
Catch Limit is not exceeded again.
o   The
following years Annual Catch Limit will be reduced by the amount of fish that
were overharvested. 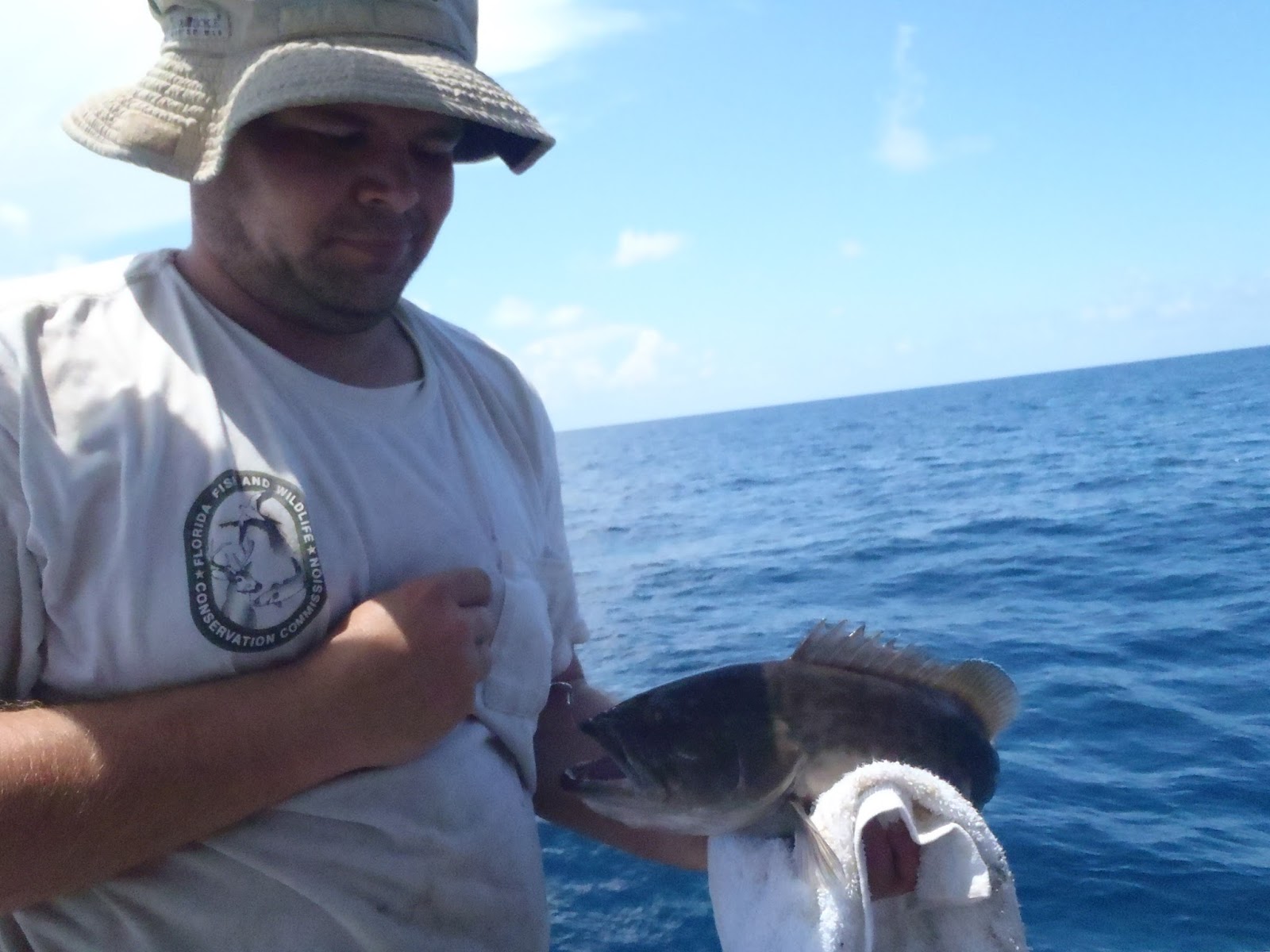