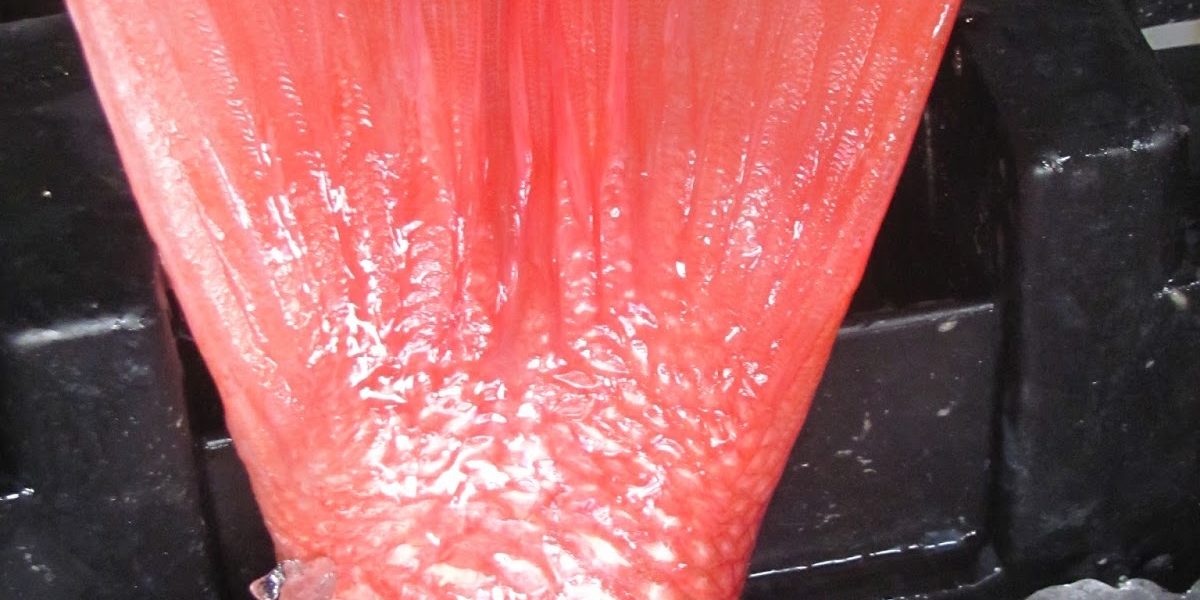 Why does the recreational red
snapper season keep getting shorter even though we are seeing more red snapper
than ever before?
We know you’re seeing more snapper than ever before, and this is
a great indicator that the rebuilding plan is working, but it does not mean
that the stock is in good health or rebuilt.
Why not?
The health of the red snapper stock is not based only on the
number of fish or biomass (weight) of red snapper in the Gulf. On the surface
it may seem to be the practical way to make that judgment but, it’s really not
the best indication of a fish stocks sustainability, or ability to reproduce
for years to come. The red snapper stock is measured in terms of egg production,
known as spawning potential. Larger, older fish produce many more eggs than
smaller, younger fish; so counting egg production to predict the health and
sustainability of a stock is more accurate than counting numbers of fish. 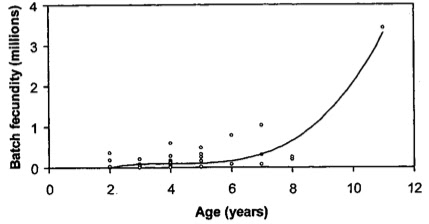 (Collins, Fitzhugh, et al. 2001)
Check out this graph. It
shows how red snapper batch fecundity (the number of eggs in millions produced
by each fish during a spawn) changes as the fish get older. As you can see the
number of eggs produced by a red snapper really takes off at about 8 years.
To put this spawning ability into perspective:

So, What Does This Mean?
Age
and spawning success is a big part of why you’re seeing more and more fish. Unfortunately,
the science isn’t giving the green light to dramatically increase the harvest. The
average size of a red snapper harvested this year will weigh approximately
7.70 pounds, which is about a 7-year-old fish. It is great that fish are
getting bigger and we need that trend to continue because the stock won’t be
reproductively successful (considered healthy/sustainable) until we have more
older, bigger fish around to spawn.
When will we see an increase in the amount
of red snapper we can harvest?
We
already have. Beginning in 2009 the science has indicated that the red snapper
population is indeed rebuilding. Each year the Gulf Council has recommended an
annual increase in the red snapper quota (the number of pounds of red snapper
that can be harvested).
If the quota is going up every year, why does the season keep
getting shorter?
There are a couple of reasons for the shrinking red snapper
season. As the stock begins to rebuild we are seeing more fish than we have in recent memory, and these fish are getting bigger as time passes. Additionally,
as the red snapper stock rebuilds their geographical range increases and
fishermen catch them in places they have not typically been found. The more
fish there are, the easier it is to catch them, and the quota is harvested faster.
Even though the number of annual red snapper fishing trips has gone down, those
trips are more successful, with more anglers bringing home their bag limit of
big red snapper.
This year the National Marine Fisheries Service is predicting
that an average of 18,922 red snapper will be landed each day during the open
season, which is over three times more than the 6000 red snapper landed per day
in 2007.
As the stock grows, the average size of red snapper is also
increasing and there are more large fish to catch. Anglers are catching more
pounds of fish per trip, even though they are keeping the same number of fish.
Since fish quotas are set in pounds, the quota is filled faster with fewer
individual fish. The National Maine Fisheries Service predicts that average
size of red snapper harvested this year will weigh 7.70 pounds, which is about
twice the weight of the typical red snapper caught in 2007.
Where do we go from here?
A benchmark stock assessment is underway
and expected to be completed in June of this year. Once we have the results of
the assessment the Councils scientific advisors (the Scientific and Statistical
Committee) will recommend harvest levels based on the new science and Council
will recommend fishery management measures to achieve those harvest goals.
Go to Top