2014 Year in Review: A Summary of Federal Fisheries Management in the Gulf of Mexico 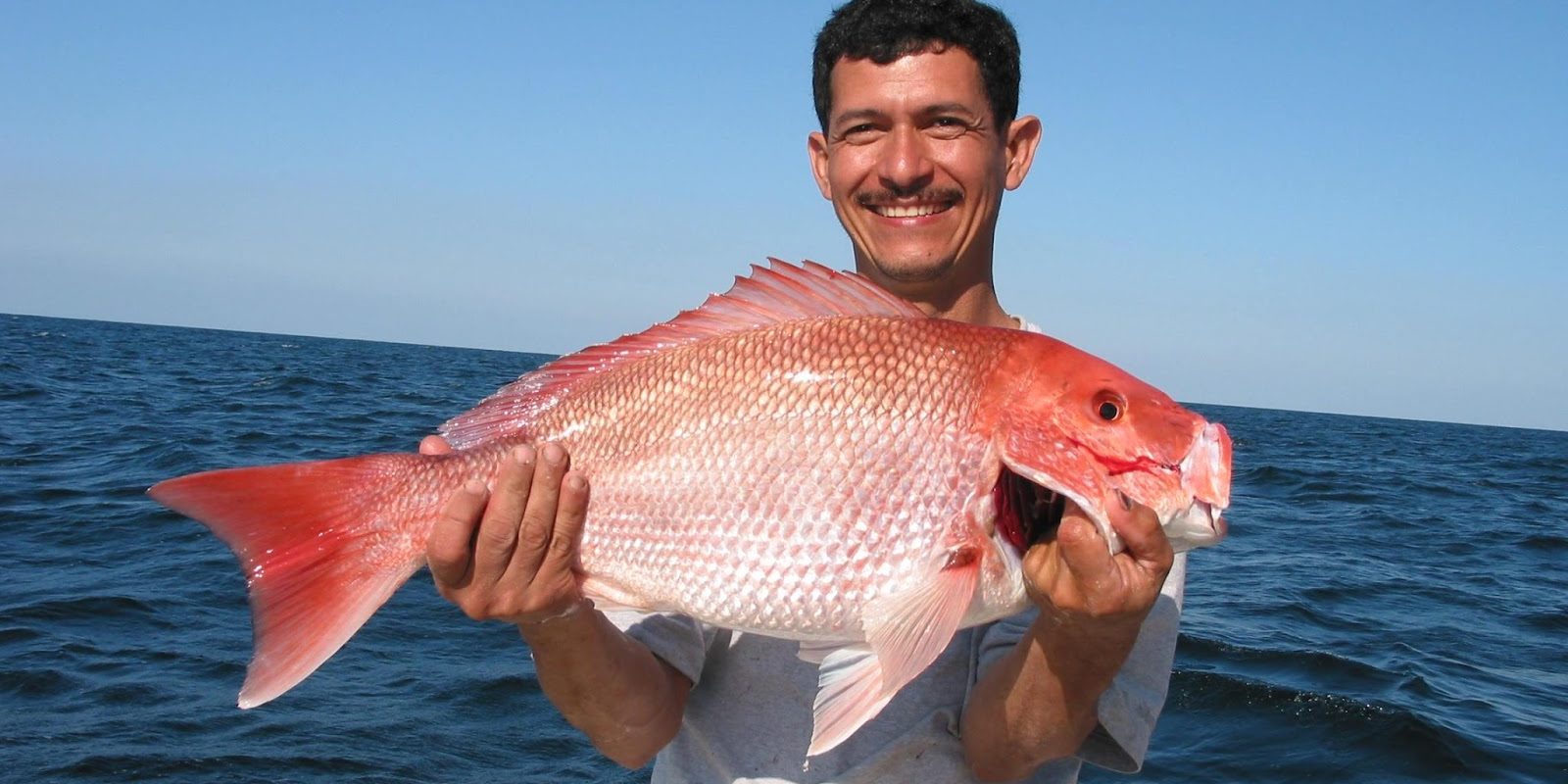 We’ve been seeing red all year.

Among other things, red snapper, red grouper, red drum, and
royal red shrimp have all been on the Council’s plate.
Here’s an overview of what we’ve done this year.

It’s been an especially active year for red snapper
management and, despite some bumps along the way, we’ve begun to make some
headway in solving the issues that anglers are faced with.This year’s recreational season was initially projected to
be open for 40 days, but was cut to 9 days for two reasons: First, a court ruling determined that the Council and NMFS have not taken sufficient action to prevent the recreational sector from exceeding its quota. As a result, a
20% buffer was put on the recreational quota to avoid future overages. Second, new inconsistent
state water seasons were announced and harvest in federal waters had to be reduced to account for landings that would occur in the newly formed state water seasons.
In an attempt to extend the recreational red snapper season
the Council considered adding a slot limit to the recreational red snapper
fishery. However, analysis suggests that release mortality of larger fish would
be so high that adding a slot limit would have very little benefit.
To allow for more for-hire fishing opportunities the Council
voted to remove a provision in Reef Fish Amendment 30B that requires federally
permitted reef fish for-hire vessels to comply with the more restrictive
federal regulations when fishing in state waters. That would have allowed the charter
and headboats to fish during the state water seasons. However, after the court
ruling, the Council decided to leave 30B in place because the already shortened
federal red snapper season would have become even shorter if the for-hire boats
fished in state waters during state seasons.

During the first half of the year, the Council worked on Reef Fish
Amendment 28, which considers reallocating a portion of the commercial quota to
the recreational sector. After holding public hearings the Council postponed action on the issue until the completion
of Amendment 40 -Sector Separation. The Council also completed a framework action which proposes to establish buffers and payback provisions for overages in the red snapper fishery. The framework is currently under review by the Secretary of Commerce and red snapper Allocation will
be revisited during the Council’s first meeting in 2015.

The Council hosted public hearings on Sector Separation and
took final action in October. It voted to divide the recreational red snapper
sector, creating separate private angling and for-hire components. This separation
will allow the two components of the fishery to develop different management
schemes tailored to each meet the needs of each group. Amendment 40 was
transmitted to the Secretary of Commerce for review and approval before it is
implemented.Following final action on Sector Separation, the Council directed staff to prepare a framework action to consider reducing the red snapper bag limit of for-hire vessels in order to extend the season for the for-hire component of the fishery. The Council is expected to take final action on the proposal at its January meeting in 2015.
The Council created an Ad Hoc For-hire Advisory
Panel to advise on development of an amendment that would consider establishing a limited access privilege program for the fore-hire component of the red snapper fishery. The Council later changed the
charge of the Advisory Panel and broadened it’s scope to consider all for-hire
management options, not just IFQ based programs. That panel met in December and
their recommendations will be reported to the Council in early 2015.
The Council resumed discussions on Red Snapper Regional
Management – Amendment 39 after postponing work on the amendment until progress
was made on the allocation of quota among regions. The Amendment considers
dividing the recreational red snapper quota among different regions in the Gulf
to allow for the creation of different management measures that best suit each
area. The Council plans to continue work on regional management in 2015.
And finally, the Council has been working on a document that
considers making modifications to the commercial red snapper IFQ program.
Scoping meetings will be held in the spring of 2015.

After learning that the red grouper annual catch limit was
exceeded the Council voted to make adjustments to promote year round
recreational access in the future.  The
Council reduced the recreational red grouper bag limit to two fish per person
to help ensure recreational landings remain within the catch limit and
accountability measures are not triggered. The framework action has been
transmitted to the Secretary of Commerce and the red grouper bag limit will be 4 fish per person until the action is for approved and implemented some time this spring.

This year, the Council considered allowing the recreational harvest
of red drum out to nine nautical miles. Currently, there is a three nautical
mile jurisdictional boundary off the states of Louisiana, Mississippi, and
Alabama, while Texas and Florida have nine nautical mile limits.
The Council asked the states to provide more information on
state water red drum fisheries to inform the stock assessment that is scheduled
in 2016.  The Council is expected to reconsider
the idea once more information is available.
Royal Red Shrimp
In March of this year the Council’s scientific advisors
increased the royal red shrimp Acceptable Biological Catch. In response, the
Council chose to increase the amount of royal reds that can be harvested to 337,000
pounds of tails. The Council also removed an accountability measures that allowed
in-season closure the year following an overage to the annual catch limit.
And…. although they don’t have ‘red’ in their names mackerel
and greater amberjack got some attention this year, too.
Greater amberjack
This summer, the council scientific advisors reviewed a
stock assessment and determined that greater amberjack did not meet the
ten-year rebuilding plan that ended in 2012. The Council will consider
adjusting the annual catch limit and commercial and recreational management
measures to ensure that the stock rebuilds and the mandates of the
Magnuson-Stevens Act are met.
Mackerel
In the spring, the Council chose to increase the Spanish
mackerel annual catch limit through 2017.
Commercial king mackerel trip limits and fishing seasons were also
adjusted.

In January of 2015 the Council plans to host a workshop at
the request of the king mackerel gill net industry. At this workshop fishery
managers and fishermen will discuss potential options to address industry
concerns.

2014 has been a busy year in fisheries management for both
recreational and commercial fisheries. Many of our fish stocks are improving
and we’re working together to find management solutions that allow us to
sustainably manage our Gulf fisheries while providing the best commercial and
recreational fishing opportunities possible.
Go to Top