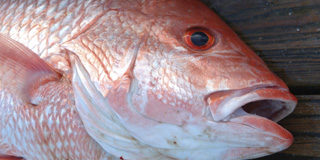 The Gulf of Mexico Fishery Management Council will meet next
week in Mobile, Alabama to work on some issues that might be of interest to
you. You’re welcome to join us at the meeting or you can listen live from your
computer.
The Committee agenda and full Council agenda will help you
figure out when the Council plans to discuss the topics that interest you.
We’ll be hosting public comment Wednesday, October 22,
from 2:30 pm – 7:30 pm, with a scheduled break between 5:00 pm and 5:30 pm.

Some of the important issues that the Council plans to
address during the meeting are described below.

The Council plans to take final action on a Framework Action
that considers adjusting bag limits and fixed closed seasons to avoid in-season
quota closures like the one we’re currently experiencing. The framework also
reconsiders the automatic bag limit reduction accountability measure that
occurs after the Annual Catch Limit is exceeded.  The Council would like your input on the
options that have been developed. Watch this video, read the amendment guide,
join us on our webinar public hearing scheduled for the evening of Thursday,
October 16, and/or send us your comments online.

The Council will also look at a scoping document for Shrimp Amendment
17 that considers what action to take regarding the pending expiration of the
moratorium on federal shrimping permits.
Red Snapper Allocation
In June, the Council chose to defer action on Reef Fish
Amendment 28 – which considers adjusting the allocation of red snapper between
the commercial and recreational sectors, until after Amendment 40 – Sector Separation-
is completed. The Council plans to revisit the red snapper allocation document during
its meeting next week.  For more
information, watch this video tutorial on the amendment.
Red Snapper Regional Management
The Council plans to resume discussions on Reef Fish
Amendment 39 – Regional Management of Recreational Red Snapper, which considers
dividing the federal recreational red snapper quota among states and giving
them authority to set some of their own management measures. The Council
postponed work on the document in February of this year pending progress on
decisions regarding the allocation of quota among regions.

This summer, the Councils scientific advisors reviewed a
stock assessment and determined that greater amberjack is overfished, experiencing
overfishing, and did not meet the 10-year rebuilding plan that ended in
2012.  As a result, the Council plans to
review an options paper that considers adjusting the Annual Catch Limit and
commercial and recreational management measures to ensure that the stock is
rebuilt and the mandates of the Magnuson-Stevens Act are met.

A stock assessment completed this summer discovered that the
gag stock is not overfished or experiencing overfishing. The Council planned to
increase the Acceptable Biological Catch from 2,820,000 pounds to 3,120,000 pounds
this year. However, scientists are concerned that a large red tide event
occurring this summer may negatively impact the stock. The Councils scientific
advisors reviewed the assessment and recommended the Acceptable Biological
Catch be increased for 2015 to a more conservative 3,070,000 pounds until the
full effects of the red tide are understood.