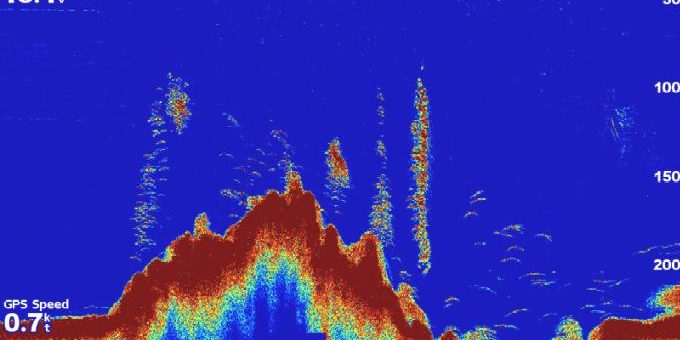 As an offshore fisherman, you’ve probably spent a good bit
of time on the water staring at your bottom machine in search of new fishing
grounds. When the screen lights up with ripples or spikes you know the spot could
be holding some awesome fish. And, if you’re anything like me, you wonder
“what’s actually down there?”
As a diver, you might have the opportunity to see for
yourself, or you can drop a camera overboard to get a better look. Chances
are you’ll find some kind of reef. It might be artificial, it might be rocky,
or it might be a coral reef. No matter what, you probably already associate reef
structure with fish.

Coral reefs are a crucial foundation for many of the marine
species living in the Gulf of Mexico. They provide food, shelter, and nursery
grounds to a seemingly endless list of fish, shellfish, marine mammals, and
other inhabitants of all shapes and sizes. Many of the fish we target as
commercial or recreational fishermen spend some part of their life on a reef
feeding, growing, or seeking shelter – that’s why these habitats are so
important.

Unfortunately, coral reefs, their health, and abundance, are
threatened by many things including; oil spills, ocean acidification, climate
change, and rising ocean temperatures.  Advances in technology such as satellite
imagery and remote sensors that monitory the ever-changing ocean environment
have allowed scientists to better understand the factors threatening coral
reefs. Knowing the location of known coral communities allows for better
management against the array of threats posed on corals.
The coral web
mapper created by the Gulf Council allows users to explore the different corals
across the Gulf of Mexico. This database will allow scientists, managers, and
the public, to interact with coral reef locations to make protecting them and
understanding their risk much easier so potentially harmful factors can be
managed before coral communities are endangered.
The five categories of corals/organisms that
are depicted on the map tool are:

Check out the map tool to explore this comprehensive inventory of known coral locations in the Gulf of Mexico.  Click on each spot for more information on the depth and coral type so you can get more familiar with the types of coral habitats that are common near your fishing grounds.