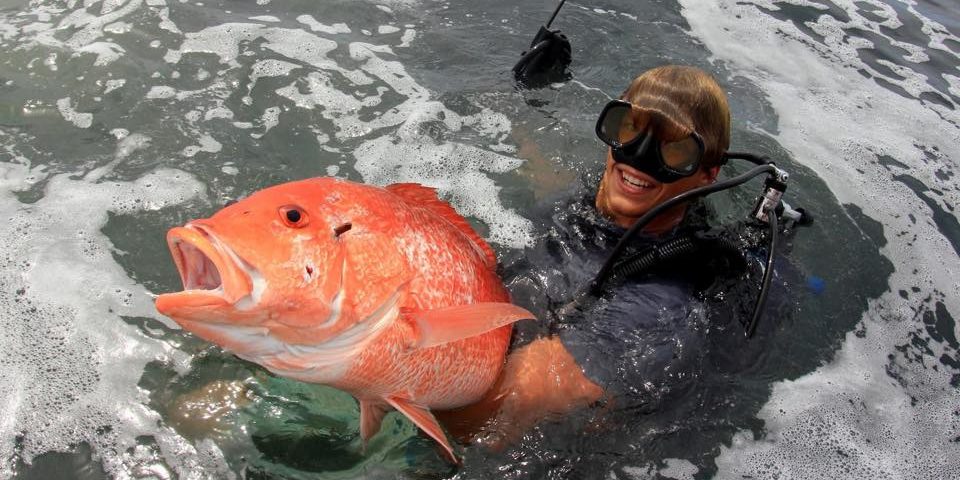 The Gulf of Mexico Fishery Management Council meets next
week at the Hilton in Clearwater Beach, Florida to discuss some important
fisheries issues.  You’re welcome to join
us. Since it’s not always practical to travel to a meeting, you can watch this
live broadcast from the comfort of your home or office if you prefer.

Public comment is set for Wednesday, June 22 at 1:45 pm. If
you can’t testify in person.
You can also check out this the meeting agenda and briefing materials to prepare for the meeting. The following is a quick look at some of
the issues the Council will address next week:

After hearing a summary of the comments received during
public hearings, the Council plans to take final action on Reef Fish Amendment
43, which considers changes to hogfish management. A recent stock assessment prompted
the Council to consider changing the jurisdictional boundary of the hogfish
stock in the Gulf and revise hogfish annual catch limits. The Council is also
considering increasing the commercial and recreational minimum size limits for
hogfish.

Triggerfish
A recent stock assessment indicates that the triggerfish
stock remains overfished. The Council’s scientific advisors revised the
acceptable biological catch levels and the Council needs to consider developing
a new rebuilding plan for the stock.  Along
with determining new catch levels for the stock, the Council will also consider
changes to the recreational bag limits, size limits, and closed season; and
commercial closed season and trip limit.
Red Snapper Management for Federally Permitted Charter
Vessels
The Council will discuss the latest draft of Reef Fish
Amendment 41, which considers creating a red snapper management plan for
federally permitted for-hire vessels fishing under the for-hire component of
the recreational red snapper allocation.
Click here to submit comments

The Council will review the input received from its Ad Hoc
Reef Fish Headboat Advisory Panel and discuss a revised draft of Reef Fish
Amendment 42 which considers creating a management plan for federally permitted
headboats fishing for reef fish in the Gulf of Mexico.
Click here to submit comments
After the Council meeting we’ll host a wrap-up webinar to
review what happened. Please join us at 6 p.m. EST Wednesday, June 29, for
a quick presentation followed by a question and answer session.
Register here

As always, if you have any questions you’re welcome to email us.