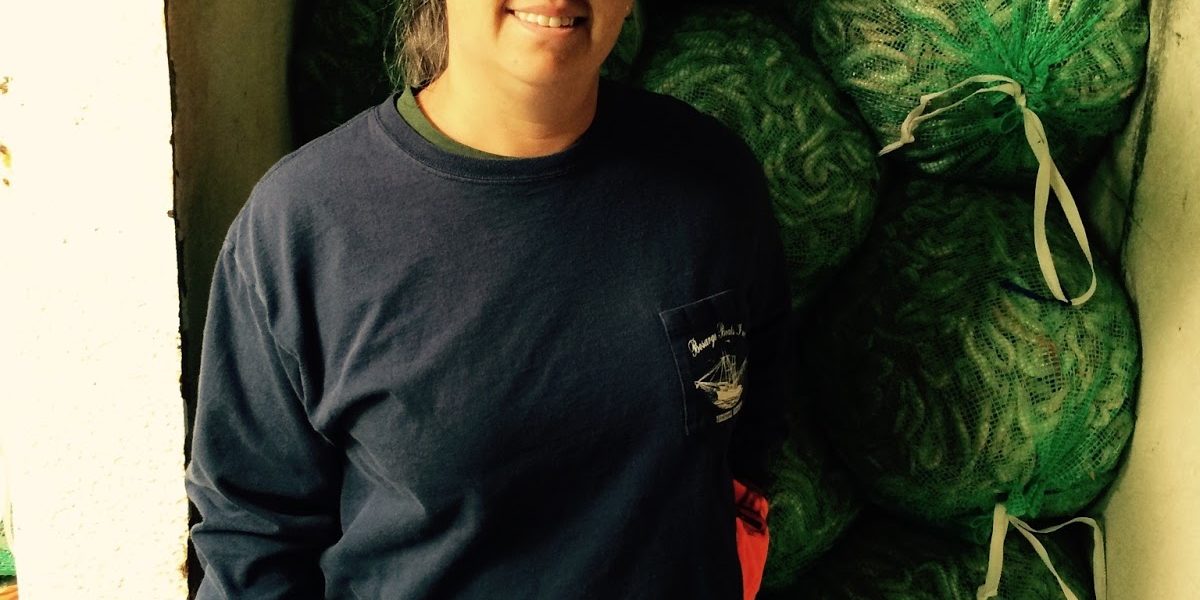 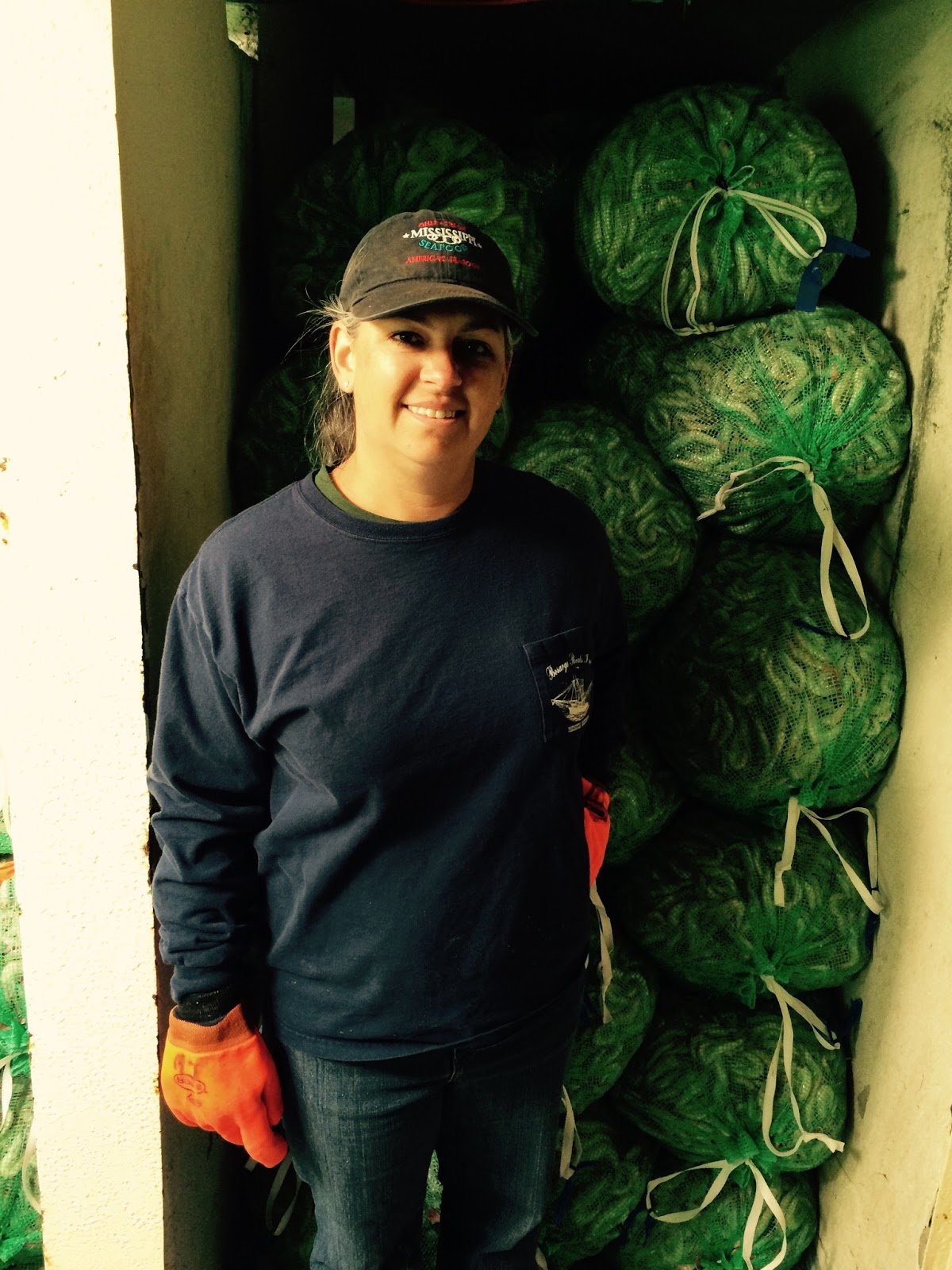 Members of the Gulf of Mexico Fishery Management Council make incredibly important decisions about our fishery by balancing their own experience and expertise with input they receive from the public. Each member of the Council is appointed because of their intimate understanding of some aspect of the fishery. Leann Bosarge is no exception.

Leann Bosarge, the Gulf Council Chair, was practically born in a pair of shrimp boots. She comes from a long line of shrimpers and fishermen who were some of the first people to settle the coastal areas of Mississippi and Alabama. They set down roots, found a way to make a living, and have thrived in the fishing industry ever since.
Leann’s father worked in the commercial fishing industry harvesting whatever the season provided; red snapper, oysters, pompano, crabs, and of course, shrimp. Luckily, Leann has always enjoyed the family business and has been working there since she was 13.  She started outside doing anything and everything; heading shrimp, working on refrigeration, running the blasting pot, and even helping to rebuild engines. In fact, she didn’t earn a spot in the office until she was in her mid 20’s.
Although Leann loved her family business, she was encouraged to branch out and try something different – just to make sure she wouldn’t rather do something besides the family business. Leann earned her Bachelors Degree in accounting and finance and began working for a large, publicly traded bank. 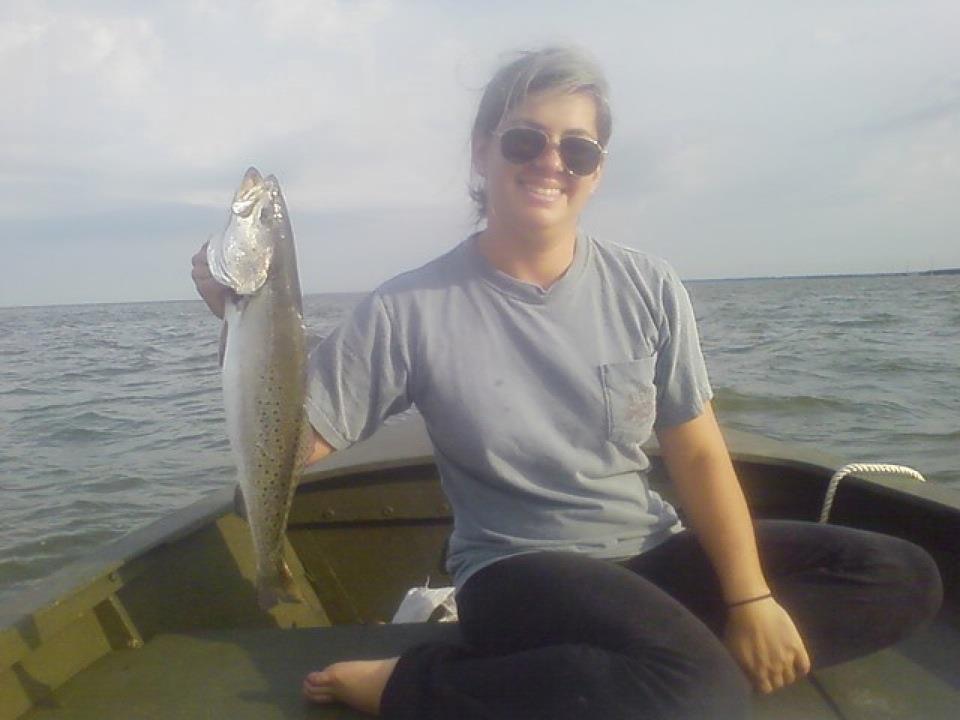 Even with the responsibility of her bank job Leann couldn’t stay away from fishing and the family business. While maintaining her day job, Leann developed a market for a highly sought after baitfish. Her family’s boats harvested these fish with a modified shrimp net specifically designed by the Bosarges. Many mornings she would leave at 3 a.m. to deliver bait to the charter boats in Orange Beach, Alabama before going to work at the bank. Some evenings she would do a second run when the boats returned from their charters.
Leann earned her Masters degree in Business from the University of South Alabama, and after five years at the bank she was ready for a change. She felt limited in a large company where she was given a specific role and finite responsibility. Leann wanted to take on projects and make strategic decisions, so she returned to the family business. She jokes that she traded her paid time off, health insurance, and retirement for more responsibility and an extra bathroom to clean.
Leann loves working with fishermen. She helps manage the family fleet and even had the opportunity to work as vessel coordinator after the oil spill in 2010. After suffering a hit from Katrina and struggling with overcapitalization and low prices in the shrimp fishery, Leann helped the family’s business diversify and complement their shrimping business. Bosarge Boats does endangered species relocation work. Essentially, using modified nets, they sweep for turtles in front of dredge boats. They’re able to collect scientific data and relocate turtles offshore and out of harm’s way.
Leann answered a few questions to give us some insight on her perspective as a manager of our Gulf Fishery: 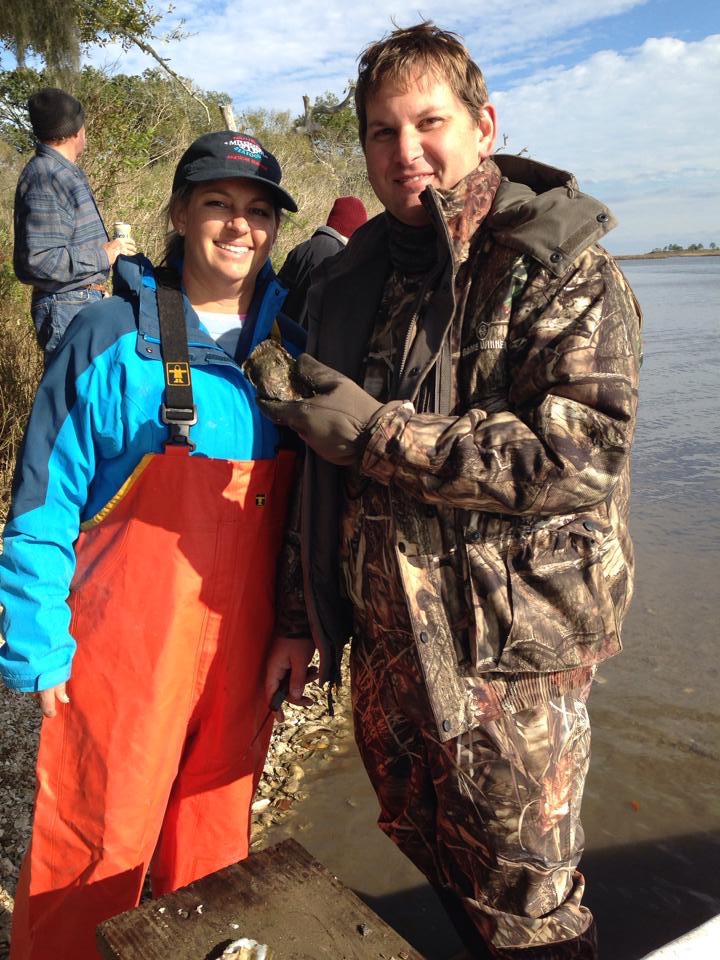 What motivates you to serve on the Gulf Council?

“I’ve been in the industry my whole life and it’s an honor to have the opportunity to sit on the Council that shapes the direction of the fishery. I hope to direct policy in ways that address fisheries issues proactively to ensure viability and success for both fishermen and the ecosystem.”
What is the most important issue in the fishery right now?
“The Gulf of Mexico is an amazing marine resource that evolves and changes over time. The humans that use the Gulf change, too. Unfortunately, the human population which depends upon the resource, grows exponentially while the environment does not. The most important task we’re faced with is maintaining a healthy resource and then finding a way to balance the demand for the resource fairly. We all need a better understanding of the different user groups in the Gulf. We must engage commercial and recreational anglers in a productive and respectful atmosphere where they can work together to share the resource in a way that allows the fishery to remain healthy over time”.
Can you share with us a favorite fishing story?
“As a young girl I distinctly remember a specific season opening on my father’s shrimp boat with my dad, mom, two sisters, and one deck hand. It was really rough that year but the shrimp weren’t going to catch themselves, so our entire family went despite big seas and gusty winds. My sisters and I were really seasick. We set out, made some tows and finished the first clock (24 hours). Mom cooked a big meal for everyone – nobody but she and dad could eat it.  At some point I remember my daddy holding my youngest sister, who was no older than four at the time. He had her in his arms at the wheel of the boat when she got sick right into the shrimp boots he was wearing. It was then that he decided it might be too rough and headed in behind the barrier islands to take cover from the storm and clean out his boots!”
Go to Top