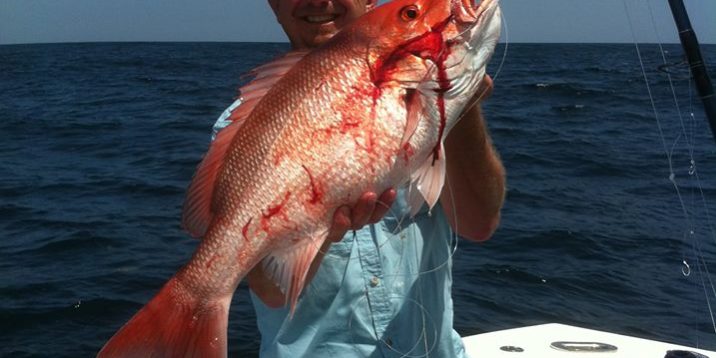 The Gulf of Mexico Fishery Management Council will meet next week, August 20-23, at the Omni Hotel in Corpus Christi, Texas, to make some important fishery management decisions. You’re welcome to join us in person or you can watch a live broadcast of the meeting.
Public comment will be held Wednesday August 22nd, from 1:30 – 5:00. If you aren’t able to come and testify in person, visit our “Amendments Under Development” web page to learn about the different issues we’re working on and submit your comments.
The meeting agenda and materials will help you prepare for the meeting. The following is a summary of some issues the Council plans to address:
Recreational Red Snapper ACT Buffers
After hearing a summary of public comment received on the issue, the Council plans to take final action on a Framework action that considers modifying the buffers between the annual catch target (ACT) and annual catch limit (ACL) for the for-hire and private components of the recreational sector.An ACT is the level of harvest, set by the Council, below the ACL to account for management uncertainty and reduce the chance that the ACL is exceeded. The Council’s current preferred alternatives would apply the ACL/ACT Control Rule to set the for-hire component ACT 9% below its ACL though the end of 2019.  The private angling component ACT would remain at 20% below its ACL and the total recreational sector ACT would be 15% below the recreational sector ACL.
Watch the public hearing video
Submit comments
Red Snapper and Hogfish Catch Limits
The Council plans to take final action on a Framework Action that considers modifying red snapper and hogfish catch limits. Recent stock assessments have determined that red snapper and hogfish are not experiencing overfishing and are not considered to be overfished. The Council’s scientific advisors, the Scientific and Statistical Committee, updated the Acceptable Biological Catch levels for both species and the Council is considering updating the catch limits to reflect those changes.
Watch the public hearing video
Submit comments
Spiny Lobster Gear and Management Procedures

The Council will hear a summary of comments received on Spiny Lobster Amendment 13 and take final action on this Amendment which considers modifying gear requirements and the cooperative management procedures for spiny lobster. The Council’s current preferred alternatives would align federal regulations with Florida’s regulations and allow Florida to request changes to spiny lobster federal regulations through the NMFS rulemaking process.
Watch the public hearing video
Submit comments
Cobia Size and Possession Limits
The Council will continue to work on Coastal Migratory Pelagic Framework Action 7, which considers modifying the Gulf cobia minimum size and possessi

on limits. The Council’s current preferred alternatives align with the State of Florida’s recent changes, and would decrease the recreational and commercial possession limit to one fish per day and create a commercial and recreational vessel limit of two cobia per day.