Moving the Bar on What it Means to be “Overfished”

Last year, the Council took action that, in large part, flew
under the radar despite its importance. It’s not terribly surprising since the
subject matter is both dry and complicated – even for seasoned participants in
the Council process. 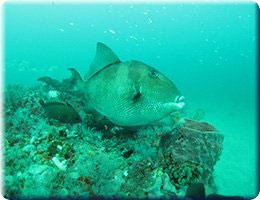 The Amendment, which was approved in December of 2017,
reduced the Minimum Stock Size Threshold (MSST), which is the threshold used to
determine when a stock is overfished, for seven of the reef fish species
managed by the Council. In addition to reducing the likelihood that a stock is
declared overfished, the amendment effectively removed two reef fish stocks
from overfished status; however, they are still in a rebuilding plan. Prior to
the change red snapper, gray triggerfish, and greater amberjack were all
considered overfished. Now, greater amberjack is the only species that remains with
overfished status.
In the Amendment, “Minimum Stock Size Threshold (MSST)
Revision for Reef Fish Stocks with Existing Status Determination Criteria,” the
Council set the MSST for gag, red grouper, red snapper, vermillion snapper,
gray triggerfish, greater amberjack, and hogfish, at half of the spawning stock
biomass that would be necessary if the stock were to be fished at maximum
sustainable yield on a continuing basis (0.50*BMSY (or proxy)). Each of the
stocks already had MSST levels defined by separate efforts, but the Council
wanted to standardize the criteria and ensure that stocks with low natural
mortality rates didn’t alternate between overfished and rebuilt status due to
natural variations such as environmental factors. 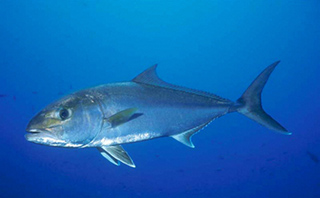 The new MSST is set as far below the biomass of a stock
being fished at maximum sustainable yield as is allowed our federal fishing
law, National Standard 1 of the Magnuson-Stevens Act. It’s also the lowest MSST
ever set by the Gulf Council. This means that the biomass of a stock must dip relatively
low to be considered overfished. This also means that the likelihood of a stock
being declared overfished is very low, but if it happens, a very restrictive
rebuilding plan would be required to bring the stock back up to a sustainable
biomass.
So, you may be wondering what this all means for red snapper
and gray triggerfish, the two species who’s status’ were changed by this amendment.
Both stocks are still under rebuilding
plans so, catch limits don’t automatically change. However, the most obvious
change from an angler perspective is the removal of the “pay-back” provision.
When red snapper or gray triggerfish are considered overfished the pay-back
provision requires that any harvest over the annual catch limit must be made up
for by reducing the following years harvest by the amount of the overage. In
recent years, this has been a major contributor to short seasons for both
species. Without pay-back provisions, we should see more consistent annual
catch limits and thus fishing seasons hopefully, allowing more fishing
opportunities. 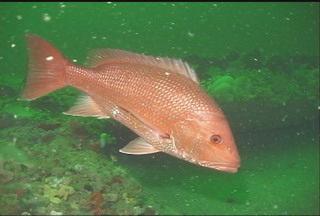 While the MSST Amendment didn’t miraculously grow the size
of the stocks in the Gulf, it did reduce the likelihood that one of the seven
listed species is declared overfished.
In fact, a red snapper stock assessment that was completed this year
showed that red snapper is not overfished and even allows for an increase in
harvest.  The Council is currently
working on another amendment that considers modifying status determination
criteria including MSST for remaining stocks. “Status Determination Criteria
and Optimum Yield for Reef Fish and Red Drum” is an amendment you may want to
pay attention to since it also proves to have implications despite its dry,
complicated subject matter.
Go to Top