Imposters! The Other Red Snappers and How to Identify Them 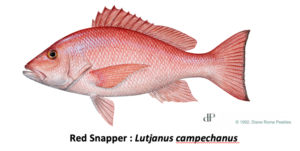 Recreational red snapper season is right around the corner and we’re all excited for a productive summer fishing season. Most of us take for granted how easy it is to identify the most popular fish in the Gulf because their obvious bright red color is a dead giveaway. Believe it or not, there are at least 4 other species of snapper in the Gulf that could be mistaken for red snapper. Two of the other red colored snapper species, vermilion and queen snapper, are pretty easy for the average angler to recognize, while two of them, blackfin and silk, are commonly mistaken for red snapper. 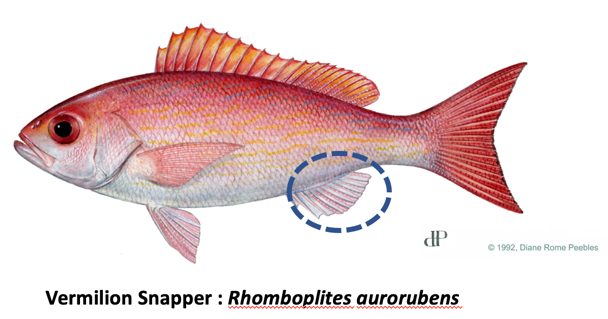 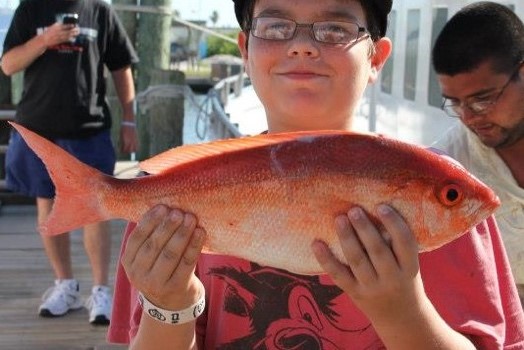 Queen snapper are also pretty easy to distinguish from red snapper. They’re typically found much deeper, and they have a deeply forked, fancy tail that is not found on red snapper. Additionally, their eyes are relatively large and their bodies are longer and more slender than red snappers. 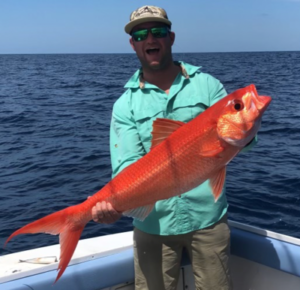 Silk snapper can look very similar to a red snapper. This is especial true when its unique yellow coloration isn’t obvious. Silk snapper are set apart from red snapper because they have yellow eyes and black trim on the edge of their tail. Overall their body shape and size closely resembles that of a red snapper so, keep an eye out for those subtle differences. 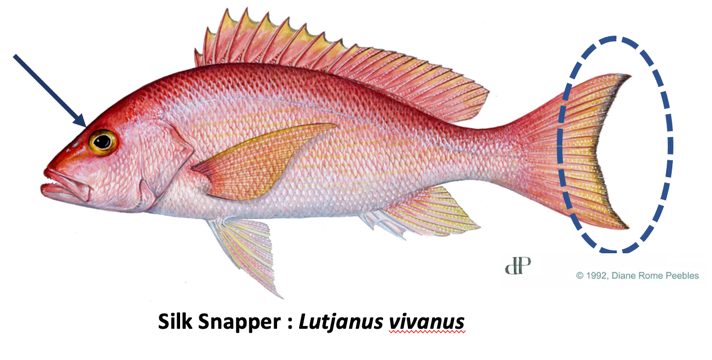 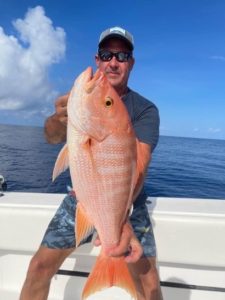 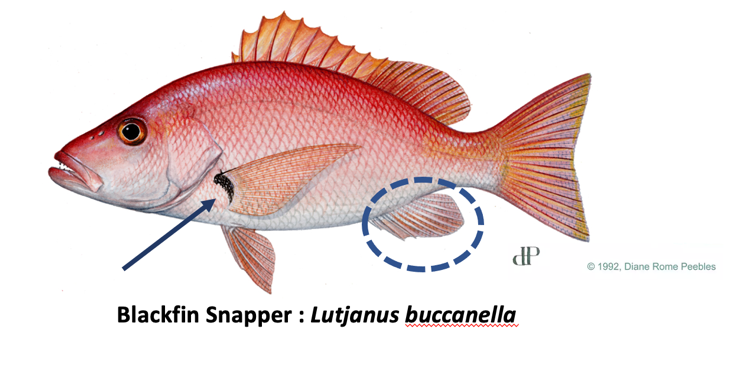 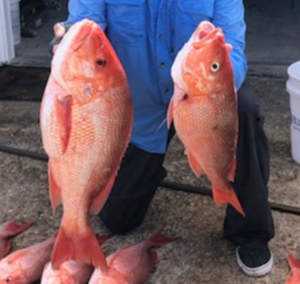 Photo: Thomas Holmes- Red Snapper on the left and Blackfin on the right.

Knowing how to identify the other red snappers may help to ensure that you’re not cheating yourself out of an extra fish by accidently counting it against your red snapper bag limit. While red snapper is most often limited to two-fish per person, queen, blackfin, and silk snapper don’t have individual bag limits and are managed under a 10-snapper aggregate bag limit. The vermillion bag limit is 10 per person under the 20-reef fish aggregate bag limit. More detailed commercial and recreational regulations can be found on our fishing regulations webpage or on the recreational or commercial version of the Fish Rules Mobile App.