The following Fisheries Bulletin is provided as a courtesy: 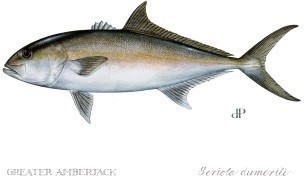 NOAA Fisheries requests your comments on this emergency action. Comments are due by August 24, 2022.

The comment period is open now through August 24, 2022.  You may submit comments by electronic submission or by postal mail.  Comments sent by any other method (such as e-mail), to any other address or individual, or received after the end of the comment period, may not be considered by NOAA Fisheries.

The temporary rule is effective for 180 days after it is published.  It can be extended for another 186 days provided the public has a chance to comment on the rule.  It is unlikely the Gulf of Mexico Fishery Management Council and NOAA Fisheries will be able to complete and implement long-term measures within the 180 day period.  Therefore, NOAA Fisheries invites the public to comment on the rule and whether it should be extended.  This will help the agency determine if a rule extension is needed or some other type of action is required.

*Note: The comment period will not be available/open until the rule publishes on July 25, 2022

What is NOAA Fisheries announcing today?

What is the status of the greater amberjack population?

Why is the recreational fixed closed season changing?

Why aren’t management measures changing for the commercial sector?

Why are the new management measures temporary?

What are the next steps?

Where can I find more information on the Greater Amberjack Emergency Rule?