How Hard Can it Really be to Count Fish? – Fisheries Dependent Data Collection 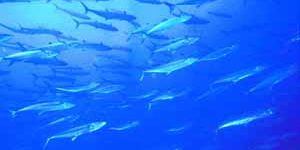 It’s hard to count fish. Not only do they move, but they are
hidden from plain sight within the depths of the ocean. To complicate things,
an overwhelming number of variables like weather, tide, and habitat make straightforward
data collection difficult and test the limitations of gear and technology.

Fisheries science is just as complex and
multifaceted as the subject it studies. Biology, ecology, oceanography,
population dynamics, economics, and sociology are all woven together to create
the discipline of fisheries science, which formulates our understanding of
fisheries and informs fisheries management decisions.

There are two very general categories of data that are used
in tandem by fisheries scientists to assess fish stocks. The first is fisheries independent data in which
scientists use a variety of different sampling techniques like netting,
trapping, and direct observation to collect fisheries information. The second
is fisheries dependent data, which relies
on fishing activity and is collected with the help of professional and
recreational fishermen.

Fisheries dependent data collected from commercial and
recreational anglers plays an important role in determining the status of fish
stocks. Harvest, especially as it relates to the amount of fishing effort, can
help fisheries scientists identify trends in fish populations over time.
Fisheries dependent data is also used to predict and monitor harvest during a
fishing year. This is particularly important for species that are managed with
a quota.  Fishing seasons are set based
on past trends of fishing activity, and in-season monitoring of fishing
activity prevents overfishing of a stock by tracking harvest so a sector can
close when a quota is met.

In the Gulf of Mexico, fisheries dependent data is fairly easily
and accurately collected from commercial fishermen, in part because there are fewer
than 900 commercial reef fish vessels Gulf-wide. Also, the commercial
Individual Fishing Quota (IFQ) Program, a management tool used to constrain the
commercial harvest of certain fish species, created requirements that have
improved data collection among the commercial fishing sector. The following is
a list and brief description of the fisheries dependent data collection
techniques used in the commercial fishery that contribute to stock
assessments.
Onboard Observers –
NOAA fisheries personnel ride along to observe fishing activities on about 1%
of all commercial fishing trips. The vessels are randomly selected for
participation and observations are conducted in all seasons, around the Gulf,
aboard vessels using each type of fishing gear.
Logbooks – All
commercial reef fish fishermen are required to document their effort and catch
for each fishing trip.  A random 20% of
all the commercial fishermen are also required to fill out logbooks detailing
their dead discards. Ten percent of al logbooks are audited by NOAA Fisheries. 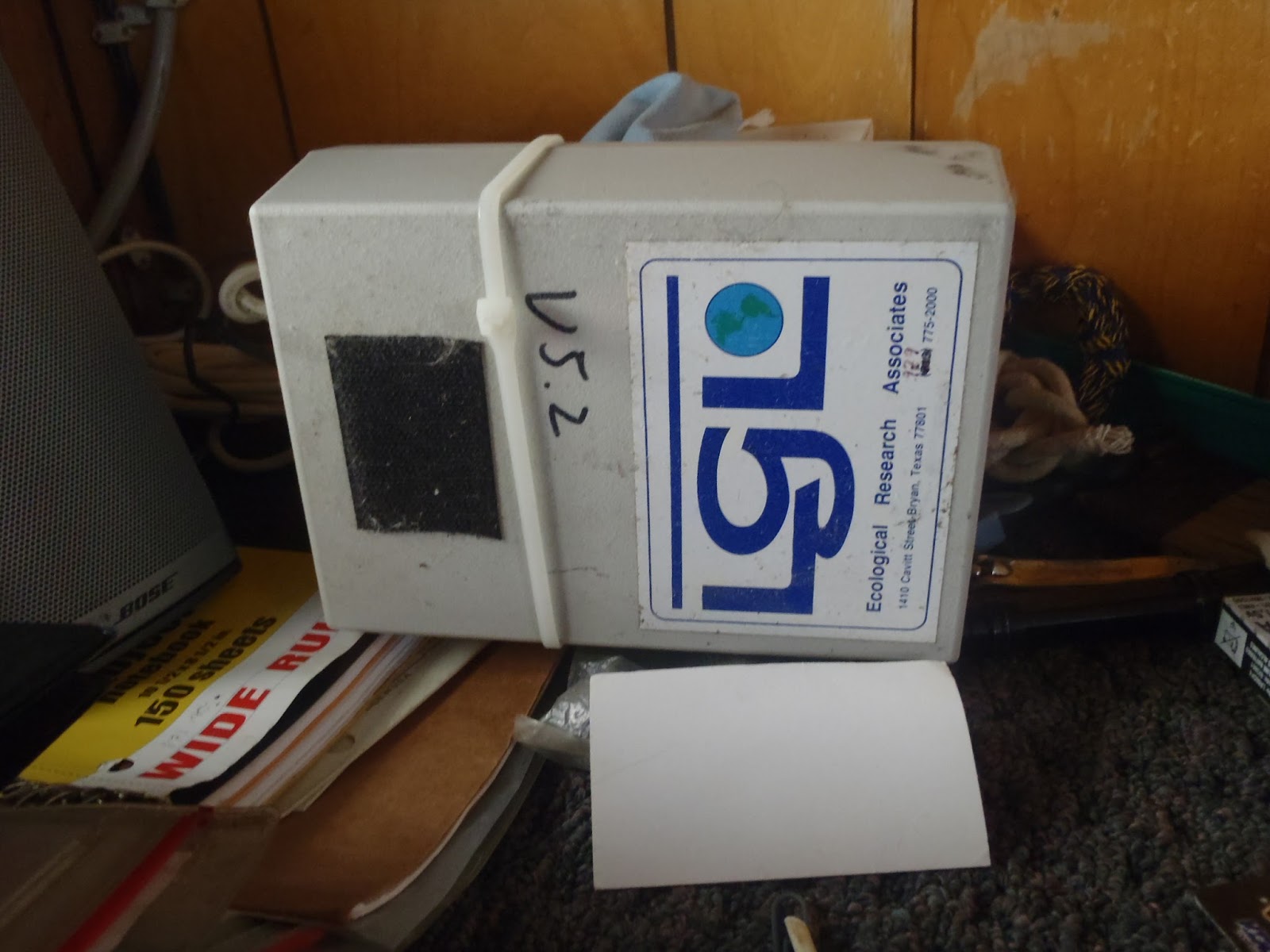 Vessel Monitoring –
Commercial reef fish vessels participating in the IFQ program must be equipped
with a tracking device (vessel monitoring system) that is active at all times.
The vessels are also required to notify NOAA Fisheries before departing on a
trip and 3 hours before the boat returns to shore.

Electronic Reporting
and Trip Tickets – Commercial fishing vessels in the IFQ program must
report their catch before the boat reaches shore.  Once the boat lands, the fish dealers
purchasing fish harvested under the IFQ program must enter data about the
price, amount, and species of fish purchased.
Dockside Monitoring –
Interviews are conducted by dockside monitors who collect information on
species, size, age, and fishing effort from commercial fishermen returning from
fishing trips.
Recreational Data
Collection
The recreational fishing sector includes both private
fishermen and fisherman on for-hire trips. The for-hire component of the
fishery is fairly easy to track because, like the commercial fishermen, the
universe of participating vessels is relatively small and well known.
Unfortunately, the collection of private recreational
fishing data is more complicated because the universe of recreational fishermen
and their fishing effort is hard to define, and tracking the activity and
harvest of an estimated 4,500,000 people participating in the fishery is not practical.

Why is it hard to
figure out how much recreational fishing there is?

Many people assume that recreational fishing effort can be
quantified by simply counting fishing licenses. Unfortunately, it’s more
complicated for private recreational anglers.  For starters, not all fishermen are required to
be licensed; in many states, you don’t need a license if you’re over 60 or under
16.  Also, licenses don’t distinguish
between fishermen targeting federal species and fishermen targeting state
managed species.  Finally, some fishermen
fish frequently and some fish only on rare occasions; the actual fishing effort
of different anglers cannot be estimated based on possession of a license.
Luckily, there is a surprisingly simple way to determine
what the private recreational sector is catching on average:  Fishing
Effort x Catch = Harvest. A national program called the Marine RecreationalInformation Program (MRIP) is used to collect information on average effort and
average catch of anglers.  Since it’s not
practical to ask every private recreational angler what they’ve caught each
time they go fishing, fisheries scientists use a sample of the entire
population to estimate the activity of the entire fishery. Fishing effort is
determined using phone surveys, and average catch is determined using dockside
intercept surveys.

Phone Surveys –
In 2012, the number of phone surveys completed in the coastal areas the Gulf
states totaled 52,741. The phone survey asks people how many times they fished during
a specific time period. Fishing effort is then calculated based on those
responses.

Dockside Intercept
Surveys – Surveyors from Natural Resources Department of each Gulf state determine
the typical catch of a recreational fishing trip by interviewing people when they return from a fishing trip. The surveyors count and measure the
fish that are landed. In 2012, there were 26,296 interviews conducted on the
Gulf coast of Florida, Alabama, Mississippi, and Louisiana. Texas uses their
own creel survey to determine recreational harvest in their state, and reports that
information to NOAA Fisheries for use in stock assessments and quota
monitoring.

The recreational data collection system has been criticized
because it relies on a sample to determine the behavior of the entire
population.  At this point, there is no
way to get information about the activity of every single private recreational
fisherman, so the program focuses on ensuring that the sample they take
represents the entire population of fishermen as closely as possible.

The Council, NOAA Fisheries, and many other organizations
are working to find new, innovative ways to improve the accuracy of private
recreational angler data. Self-reported angler information, offshore fishing
permits, electronic logbooks, and many other methods are being considered as
ways to enhance the current data collection system. While improved fisheries
dependent data will contribute to more accurate stock assessments and quota
monitoring, it will never paint the entire picture of what’s going on beneath
the waves.
A full understanding of fish stocks requires scientist to directly study the fish and collecting fisheries independent data. The next installment of this series “How Hard Can it Really be to Count Fish?” will provide a more
vivid understanding of fish science by describing the work that fisheries
scientists are doing on the water to assess fish stocks through scientific
studies of the fish themselves.
Go to Top