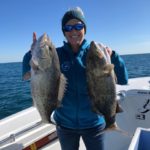 Dr. Carrie Simmons has worked as a fishery biologist for the Gulf Council since 2008 and was appointed as the Deputy Director in 2013. After serving as the Deputy for 5 years, she became the Executive Director in June 2018. She is involved with various meetings of the Council such as stock assessments, advisory panels, scientific and statistical committees, and Council meetings.   She continuously looks for ways to improve public involvement and education in the federal fishery management process.

Simmons is a native Floridian who grew up fishing and SCUBA diving on both coasts and still does so as often as possible. During her education, she earned her Ph.D. in Fisheries from Auburn University. While working on her degree, she studied gray triggerfish reproductive behavior, early life history, and early settlement on bottom habitats, as well as competitive interactions between red snapper and gray triggerfish in the Gulf of Mexico. Much of Simmons’ work was on artificial habitats in the northern Gulf of Mexico, but she studied natural habitats in St. Croix and the Florida Keys while pursuing her Master’s degree in coral ecology. She received her undergraduate degree from the University of North Carolina at Asheville and spent summers at the Mt. Desert Island Biological Laboratory in Maine studying the physiology of spiny dogfish sharks. 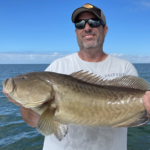 John Froeschke has been a fisheries biologist-statistician since joining the Gulf Council in 2009 and was appointed Deputy Director in 2018. He earned his Ph.D. from Texas A&M University – Corpus Christi where he worked on developing predictive models used to improve our understanding of environmental factors affecting fish distribution and abundance in the Gulf of Mexico. Prior to this, John completed an M.S. in biology at California State University, Northridge and worked as fish biologist at Occidental College in Los Angeles. John worked as a scientific diver for several years, and he remains active as a recreational scuba diver and angler.

Beth Hager is a native Floridian. She grew up in Tampa fishing, horseback riding, and canoeing along the Hillsborough River. Beth attended Hillsborough Community College and the University of Florida with studies concentrated in accounting. She earned her bachelor’s degree at St. Petersburg College in the Management and Organizational Leadership program.

Prior to joining the Gulf Council in 2008, Beth served as the Accounting Manager for United Cerebral Palsy of Tampa Bay. In this role she provided fiscal management and advice through Achieve Management for many area nonprofits, including Community Health Charities of Florida and Prevent Blindness Florida. Her dedication to public service is evident by her service on the Board of Directors for St. Francis Children’s Daycare and as a Cub Master of BSA Pack 189 and Committee Member for BSA Troop 188. She enjoys exploring the outdoors with her two boys, including snorkeling, kayaking, and recreational fishing. 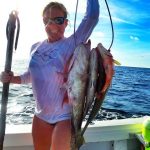 Emily Muehlstein attended the University of South Florida where she earned a bachelor’s degree in biology and a master’s degree in science education, with a focus on science learning that occurs outside the traditional classroom. She joined the Gulf Council in 2010. She is an avid inshore angler and offshore spearfisherman, targeting mostly groupers, hogfish, and lobster. She also enjoys scalloping and freediving for stone crabs. 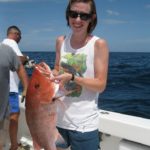 Carly Somerset is originally from Panama City and has lived in several locations along the Florida Panhandle. She joined the Gulf Council in 2020. She graduated from the University of West Florida with a bachelor’s in Marine Biology and obtained her master’s degree from the University of Southern Mississippi’s Gulf Coast Research Laboratory in Coastal Sciences. Her graduate research focused on stock enhancement and population genetics of spotted seatrout. She gained experience acting as a port sampler for the Southeast Region Headboat Survey, then electronic reporting programs for recreational fisheries at the Mississippi Department of Marine Resources. In her free time she enjoys outdoor activities including running, horseback riding, kayaking and hiking. 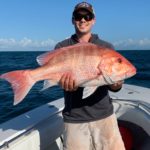 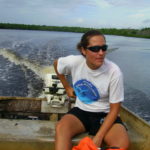 Lisa Hollensead joined the Gulf Council as a fishery biologist in 2019.  She obtained her bachelor’s and Master’s degrees from Florida State University and her Ph.D. from the University of North Carolina Wilmington.  Her graduate studies focused primarily on spatial ecology examinations of fish habitat use and migration dynamics using acoustic telemetry approaches.  She also has working experience from her time at the NOAA NMFS Laboratory in Panama City, Florida as a technician and assistant observer coordinator for their shark group.  In her free time she enjoys kayaking, hiking with her dog, and fly fishing. 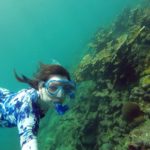 Natasha Méndez-Ferrer is originally from a coastal town of Puerto Rico. She earned her Ph.D. from the University of South Florida, where she studied coral reef habitats in the Florida Keys. Prior to joining the Gulf Council in 2019, she worked as an Ecologist for the state of Florida analyzing how changes in freshwater inflows influence the persistence and distribution of aquatic habitats and ecosystem function in rivers, springs, and estuaries of West Central Florida. She spends her free time SCUBA diving, fishing, and biking around Tampa Bay. 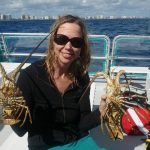 Ava Lasseter earned her Ph.D. from the University of Florida. As a fisheries anthropologist, her research interests center on human-marine environment interactions. She has worked at the Gulf Council since 2010. She conducted her doctoral research with small-scale commercial fishermen on the Yucatan coast of Mexico, examining human adaptation to resource scarcity. A native Floridian, she is an avid scuba diver and underwater photographer.

Assane Diagne is an economist and joined the Gulf Council in 2005. He graduated from Louisiana State University where he received a Ph.D. in Applied & Agricultural Economics.

Matthew Freeman has been an economist with the Gulf Council since 2016. He received his B.S.E.S. in Environmental Economics & Management from the University of Georgia and his Ph.D. in Environmental & Natural Resource Economics from the University of Rhode Island. Prior to joining the Council, he held extension and research appointments with Louisiana State University and Mississippi State University, where he worked with fishing communities and on fishery economic projects. A native of coastal South Carolina, he enjoys kayaking and fishing. 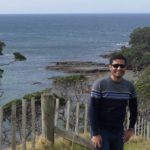 Zeenatul Basher grew up in Bangladesh, after completing his bachelors he moved to Thailand for his Master’s degree and then moved into an environmental consulting position in Malta for a few years. Afterward, he moved to the University of Auckland in New Zealand for his Ph.D. where he worked with Antarctic biogeography. Before joining the Gulf Council in 2018, he worked with USGS and Michigan State University. Basher is an avid explorer, he enjoys discovering new places and cultures locally and around the globe. His favorite outdoor activities include hiking, snorkeling, and cycling. 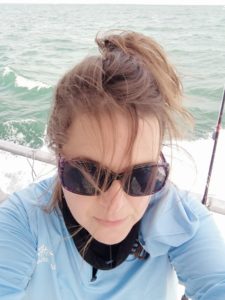 Bernie Roy grew up in New Jersey and Virginia where she spent most summers fishing and crabbing on the family boat. As an adult, she followed her parents’ lead and moved to Florida to be close to family. Before joining the Gulf Council team in 2015, Bernie worked as an Office Manager/HR Coordinator for a behavioral health and wellness company for close to two decades. She enjoys spending time with family and friends, cruising, gardening, Jazzercise, and Tampa parade going. 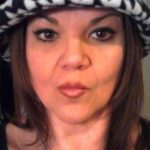 Kathy Pereira is the Meeting Planner / Travel Coordinator for the Gulf Council. Prior to joining our team in February 2011, Kathy’s career spanned over 25 years in Hospitality Sales and Marketing with Hyatt and Marriott Hotels. After which, she started working as an independent meeting planner for a variety of corporations, associations and government agencies; assisting them with outsourcing, hotel negotiations, budgeting and travel arrangements. Kathy became a Certified Meeting Professional in 2002.

As a second generation Italian-American native of Tampa, Kathy grew up on the waters of Tampa Bay fishing and crabbing with her dad, brother, uncles and cousins. Given the important and sometimes very stressful task of being daddy’s bait girl, Kathy would set out to catch smaller fish with her pretty, but fashionable pink fishing rod so daddy could catch the big ones! (Mama stayed home preparing for Sunday’s feast of Crab and Chilau; blue crabs and spaghetti).

Charlotte Schiaffo grew up in Georgia. She earned a bachelor’s degree from Eckerd College in St. Petersburg and a Master’s in Library Science from the University of South Florida. She joined the Gulf Council in 2005. As the office librarian, Charlotte does research for technical staff on various fishery subjects. She volunteers for the Hillsborough Literacy Council and enjoys being on the water, as well as other outdoor activities.

Camilla Shireman received her Bachelor’s Degree from Indiana University. She joined the Gulf Council in 2016 and has previously served in an administrative capacity at Indiana University Purdue University Indianapolis. She has also been active in numerous community organizations, including United Way Boy’s and Girl’s Clubs and local historical societies. As a Florida transplant, she enjoys participating in the recreational marine opportunities the area offers. When on dry land, you may find her gardening, hiking, and enjoying time with family and friends. 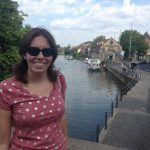 Jessica Matos grew up in New Hampshire and moved to Florida to attend Saint Leo University where she earned her bachelor’s degree in elementary education. She entered into the world of fisheries management when joining the Gulf Council in 2016. She has always had an interest in science, particularly conservation, and has appreciated seeing conservation in action since joining the Council. She enjoys spending time boating, reading, and traveling.