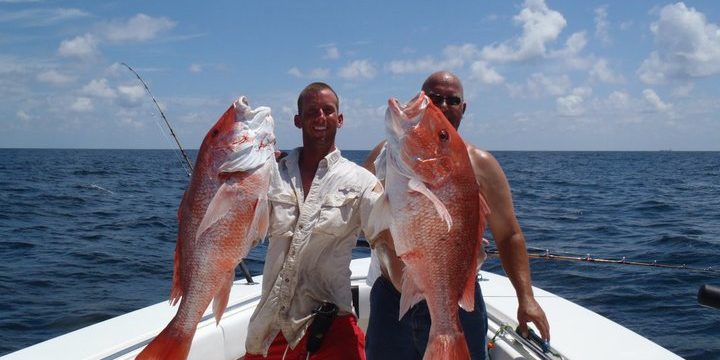 The Gulf of Mexico Fishery Management Council meets at the
Grand Hotel Marriott in Point Clear, Alabama next week to discuss a number of
interesting fisheries issues.

You’re welcome to watch a live broadcast of the meeting.
Check out the Committee agenda and Full Council agenda to figure out when the
Council will be discussing things that are of interest to you.
Below is a quick description of some of the issues that will
be address at next weeks meeting:

Red Snapper
·
Framework Action to Adjust Recreational For-Hire
Red Snapper Management Measures – The Council plans to take final action on a
framework that considers changing management measures for the for-hire
component of the recreational fishery. The first action considers reducing the
for-hire bag limit to extend the length of the for-hire fishing season. A second
potential action, suggested by the Ad-Hoc Red Snapper For-Hire Advisory Panel,
considers creating a split season for the for-hire fishery. Watch this quick
video and send us your comments so that the Council can consider your thoughts before
making its final decision.


·
Amendment 39: Recreational Regional Management – The Council plans to reinitiate
discussion on the amendment, which considers dividing the recreational red
snapper quota among the regions to allow for the creation of different
management measures that best suit each area. Public hearings were hosted in
the summer of 2013 and the Council has already selected preferred alternatives
for most of the actions being proposed. However, action was postponed on the
document until progress was made on the allocation of quota among regions.

·
Amendment 28: Red Snapper Allocation – The Council
will review a revised draft of the amendment, which considers reallocating a
portion of the commercial quota to the recreational sector. After holding
public hearings on the issue the Council postponed action on the amendment
until after Amendment 40 – Sector Separation was completed.

Last year, a stock assessment concluded that the gag stock
was neither overfished nor experiencing overfishing. The Council increased the
2015 acceptable biological catch to a conservative level because scientists
were concerned that a large red tide event that occurred over the summer would
have a negative impact on the stock. The Council’s scientific advisors recently
reviewed the effects of the red tide and the Council is expected to reevaluate
catch limits for 2015 and 2016.

Greater Amberjack
This past summer,
it was determined that greater amberjack is overfished, experiencing
overfishing, and did not meet the 10-year rebuilding plan that ended in
2012.  As a result, the Council plans to review an options paper that
considers adjusting the Annual Catch Limit and commercial and recreational
management measures such as seasons, size limits, and trip limits, to ensure
that the stock is rebuilt and the mandates of the Magnuson-Stevens Act are met.

As always, if you have any questions don’t hesitate to contact us.