The following Southeast Fishery Bulletin from NOAA Fisheries Southeast Regional Office is provided as a courtesy.

WHEN RULE WILL TAKE EFFECT:

WHAT THIS RULE DOES: 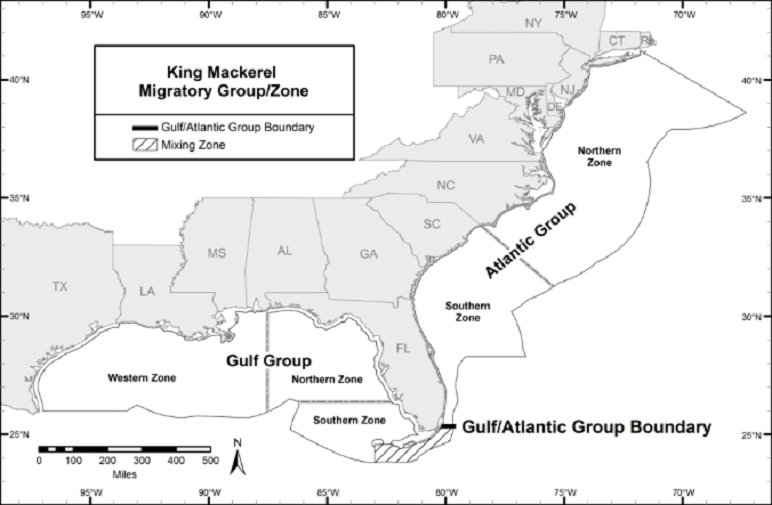 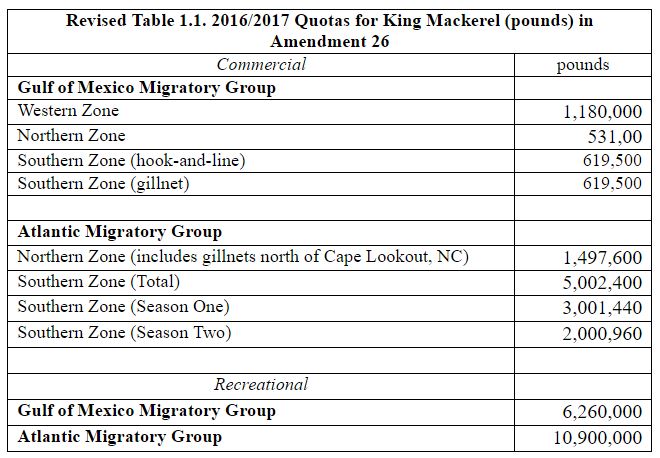 Note: As of April 1, the Gulf of Mexico/South Atlantic boundary shifted to the

Collier/Monroe County line, and Monroe County is currently part of the Atlantic Southern Zone. When Amendment 26 becomes effective, Monroe County will become part of the Gulf of Mexico Southern Zone year-round. The commercial zones in the Gulf of Mexico are currently closed for the 2016/2017 fishing season, but are expected to re-open when Amendment 26 becomes effective, with increased annual catch limits and commercial zone quotas.

This bulletin serves as a Small Entity Compliance Guide, complying with section 212 of the Small Business Regulatory Enforcement Fairness Act of 1996.

Where can I find more information on Amendment 26?

NOAA’s Text Message Alert Program allows you to receive important fishery related alerts via text message (SMS).  Standard message & data rates may apply. You may opt-out at any time. Text alerts you may receive include:

Sign up for one or more of the following groups: