As we close out this year we have an opportunity to reflect on what has occurred and look ahead to next year. 2021 was another eventful year filled with unique challenges and we expect 2022 will bring new challenges, along with opportunities to fine-tune our management in an effort to keep everyone sustainably fishing far into the future.

We’ll begin by reviewing this past year. In 2021, we continued to address changes to the federal Marine Recreational Information 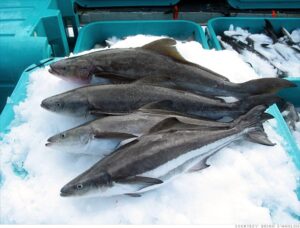 Program (MRIP). We also worked to incorporate state recreational data collection programs and the preliminary results of the Great Red Snapper Count into the science and management of red snapper. Finally, we experienced a few disruptive quota closures this year and some quota overages that may impact us next year.

Changes to MRIP continue to shift our understanding of historical harvest estimates. This may impact future allocations, catch limits, and management measures for many of our federally managed species. Red grouper is perhaps the most significant example of this, so far. This year, based both on changes to recreational data collection and to changes in biomass identified in the most recent stock assessment (SEDAR 61, 2019), the Council took final action to reduce red grouper harvest overall and shift the red grouper allocation from 76% commercial / 24% recreational to 59.3% commercial / 40.7% recreational.

The Council also took final action on documents that incorporated new recreational landings estimates for lane snapper and cobia. These fisheries are managed with stock quotas in the Gulf, meaning changes to catch limits and possession limits impact the commercial and recreational sectors equally. Based on stock assessments that incorporate the new recreational landings data, the Council voted to increase lane snapper catch limits, reduce cobia catch limits, and modify cobia possession limits. Each of these management changes await approval and implementation from the Secretary of Commerce. We expect the suggested changes to be put in place in 2022. 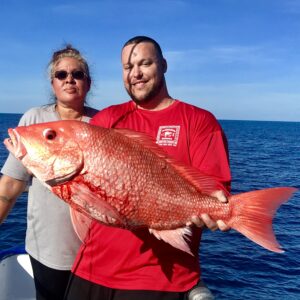 This year was also eventful for red snapper management. One very significant piece of the puzzle was a comprehensive and transparent review of the Great Red Snapper Count, a comprehensive study completed to estimate the absolute abundance of red snapper in the Gulf of Mexico. Along with three independent reviewers, the Council’s Scientific and Statistical Committee evaluated the Great Red Snapper Count to determine whether it truly (actually, really) was an appropriate estimate of absolute abundance. Ultimately, the results of the study were used to raise the red snapper overfishing limit, but uncertainty in the study methods and results did not lead to a decision to substantially increase the acceptable biological catch. Since the initial review, investigators leading the Great Red Snapper Count study have addressed the input from all reviewers and study results will be considered during the Spring 2022 Scientific and Statistical Committee meetings and Red Snapper Research Track Assessment (SEDAR 74).

Another important piece of the red snapper puzzle was addressed by a framework action that incorporates results of state-specific data collection programs into management. NOAA Fisheries has been using MRIP, in concert with landings and effort data collected from Gulf state data collection programs, to monitor private recreational red snapper landings. Some estimates generated by the state data collection programs differ from MRIP estimates that were used to generate the current annual catch limits. To ensure that the data used to monitor harvest can be compared to the data used to set the annual catch limits, the Council decided to adjust state-specific catch limits, using the calibration ratios developed by the Gulf states and NOAA’s Office of Science and Technology, to allow state survey data to ultimately be converted to the MRIP-CHTS ‘currency’. Recognizing the continued need to explore this approach, the Council also recommended that NOAA Fisheries delay implementation of state data calibration until January 1, 2023.

Unfortunately, this past year was punctuated by a couple of unexpected quota closures. Red grouper harvest closed to recreational anglers on September 15th of this year. This is due, in part, to an unfortunate situation we find ourselves in when a stock begins to rebound (which will be a good thing in the long run). Typically, a growing stock means anglers harvest their catch limits faster and reach quotas earlier in the year. The Council took final action in October to increase red grouper catch limits based on new scientific information, which will be contingent upon implementation of the catch limit and allocation changes made earlier in the year by Amendment 53. The Council has asked the NOAA Science Center to monitor the red grouper stock and produce a health check annually to determine if catch levels need to be adjusted. 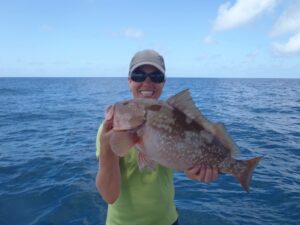 Next, the mid-water snapper complex, which includes silk, queen, blackfin, and wenchman snappers, closed to both commercial and recreational harvest on September 18th, 2021. Normally, this complex isn’t subject to an in-season closure. However, the catch limit was exceeded in 2020, and this complex becomes subject to quota closures if the previous year’s catch limits are exceeded. Finally, at its January 2021 meeting, the Council took final action to increase stock catch limits for lane snapper and officially transmitted the framework action in March. The Secretary of Commerce implemented the rule on December 23rd and re-opened both commercial and recreational sectors at the very end of the year.

Now, we’ll look ahead and consider what 2022 has in store for us. First, we can expect that the annual catch limit overages from 2021 may impact our 2022 fishing seasons. Next, we anticipate a few Council actions that are currently awaiting approval by the Secretary of Commerce, will be implemented in the coming year. Finally, based on the results of some recent stock assessments, we can expect the Council to begin work to modify catch limits and management measures for a few species. 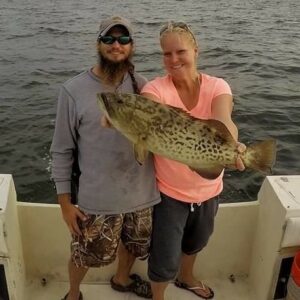 Finally, stock assessments for gag grouper and greater amberjack are being reviewed. The gag grouper assessment shows that the ratio of male to female fish is below the ratio necessary to produce a healthy number of juvenile fish into the future. This led the Council’s Scientific and Statistical Committee to significantly reduce harvest recommendations for gag grouper. In 2022, we can expect that the Council will work on an amendment to adjust gag grouper catch limits and management measures to allow the stock to rebound. The greater amberjack stock assessment showed that the stock size is smaller than it’s ever been and that the stock is both overfished and experiencing overfishing. It is unknown as to what is driving reduced recruitment (i.e. why young fish are not as abundant as in the past) but observed levels are at historic lows. As a result, the Council’s Scientific and Statistical Committee recommended reductions to amberjack catch limits. In the coming year, the Council will work to adjust amberjack catch limits and management measures based on the assessment results.

So, as we ring in the new year, we can expect a suite of new management challenges and opportunities. While we encountered a plethora of management issues to tackle that will likely follow us into 2022, we found reason to celebrate some positive events despite the ongoing complications brought about by COVID. The Council, in cooperation with the Fish Rules development team, launched the Fish Rules Commercial App in April, to provide better real-time information directly to commercial fishermen. The app allows the user to track quotas, closures, and provides permit information. 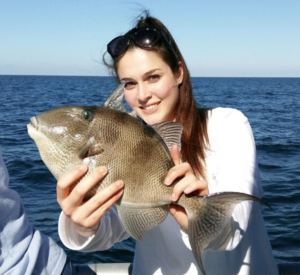 , to gather on-the-water observations from anglers across the Gulf. The information gathered from the Something’s Fishy tool has positively impacted stock assessments by providing a method for anglers to give feedback after stock assessments have been completed and has bolstered the assessment process. The Something’s Fishy tool will be going through a rebrand in 2022, so look for the change to “Fisherman Feedback” next year.

We also want to extend our gratitude to stakeholders and members of the public who were so patient with us as we attempted to hold hybrid meetings to allow for online and in-person participation. The Council’s first in-person meeting after a year of online only meetings occurred in Key West, Florida in June. Since then, Council meetings, and several AP, and SSC meetings have had in-person participation, a welcome change to 2020. We promise to continue to work towards a sustainable fishing future that allows for as much harvest as possible, while maintaining healthy fish stocks for the future of fishing. We look forward to working closely with the fishing community across the Gulf of Mexico as we tackle these management challenges. We rely on your input to shape the regulations in ways that preserve our resources while minimizing negative impacts to your recreation or your livelihood.