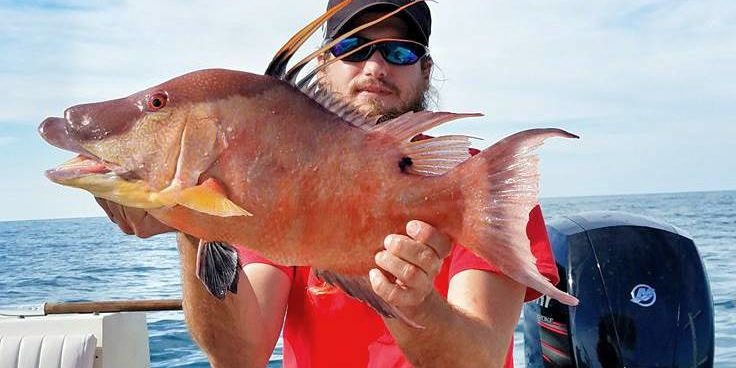 Have you ever wondered why regulations like size limits, seasons, and bag limits are set the way they are? In this series of articles, we’ll explore the logic used to set fishing regulations. We’ll explain why these types of regulations vary by species and explore the factors that are considered when we set them.

Minimum size limits are set for nearly all commercially and recreationally important species we manage. When we set a minimum size limit, we try to allow a fish to spawn at least once before it grows large enough to be harvested. This is typically measured with an estimate of the percentage of female fish that reach sexual maturity at a certain length. We rarely set a minimum size limit lower than the size at which 50% of females are sexually mature.  When setting a minimum size limit for each sector, we also consider what size will allow us to catch the largest amount of fish while also allowing the stock to replace those fish each year. 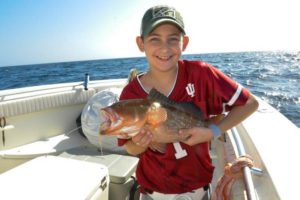 reproduce before being harvested while also reducing dead discards in the commercial fishery. 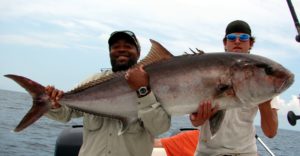 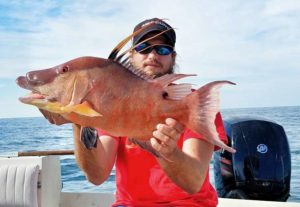 Fifty percent t of female hogfish are estimated to be sexually mature between 6- and 7.5-inches fork length. Despite this, we recently raised the minimum size limit from 12 to 14 inches fork length. This decision was based on two things: First, when fish first reach sexual maturity, they are less reproductively successful than more mature fish. Second, hogfish spawn in harems (one male is responsible for fertilizing the eggs of many females) and they’re hermaphrodites (all hogfish begin life as females, then transition to males as they grow older based on social cues). So, while they reach sexual maturity as females at a relatively small size, they’re about 16.5 inches before half of the females transition to male. In this case, since fewer males are required to sustain a healthy spawning population, increasing the minimum size limit protects spawning females by shifting harvest so it favors males. It also allows fish to age so they can grow to be more reproductively successful before they can be harvested. 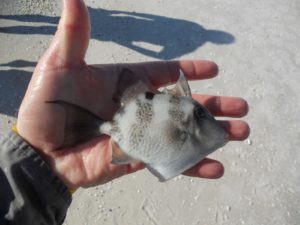 While the goal of setting a minimum size limit is to allow a fish to spawn at least once before being harvested, there are many other factors that can influence the decision. Each species requires its own unique management strategy based on biological characteristics, stock condition, and the methods used by anglers to target them. Deciding when, how, and what types of regulations to set for different species can be very complex. Finding a balance between conservation, fishing opportunity, and flexibility for anglers can be daunting. This is why it is critical for managers and stakeholders to work together in the regulatory process.