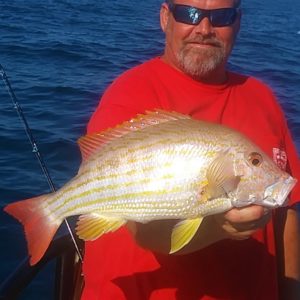 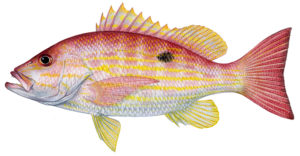 Lane snapper occurs in a variety of habitats including coral reefs and vegetated sandy areas in shallow inshore waters, but has also been reported in deeper offshore waters.  Juveniles are most often found in shallow inshore protected areas such as seagrass beds and shallow reefs.  As an adult, lane snapper forms large aggregations, especially during the spawning season in the spring and summer months.  Spawning peaks differ depending on location.